Welcome to The Jolly Fisherman, Craster. Combining stunning sea views with delicious home cooking and beautifully kept ales, this is a tastefully refurbished pub with tradition and character at its heart.

We’ve taken great care to retain the charm of this historic pub with stone flagged floors, low beamed ceilings and comfortable seating. In the winter months, you can relax by one of our roaring open fires and in the summer enjoy the view from one of the most spectacular beer gardens in Northumberland.

Reservations are recommended to avoid disappointment

Reservations can be made in our restaurant (standard seating) and bar.

Dogs are welcome in our bar only, unfortunately we are unable to allow dogs in our restaurant (standard seating).

Please note we have a 15 minute grace period, after this time your table may be released. We do recommend booking in advance to avoid disappointment.

At The Jolly Fisherman you will find a wide selection of fresh catches on the menu, including our famous Crab Soup, North Shields Dressed Crab Salad and Craster Landed Lobster. We’re not just the home of delicious seafood though. From Grand Reserve Fillet Steak to Steak, Ale and Mushroom Raised Pie, and a selection of vegetarian dishes, our chefs take pride in all our freshly cooked offerings.

We carefully source the best produce from local suppliers, including Lindisfarne Oysters, Frank Round fish of North Shields and Trotters Family Bakers in Seahouses. 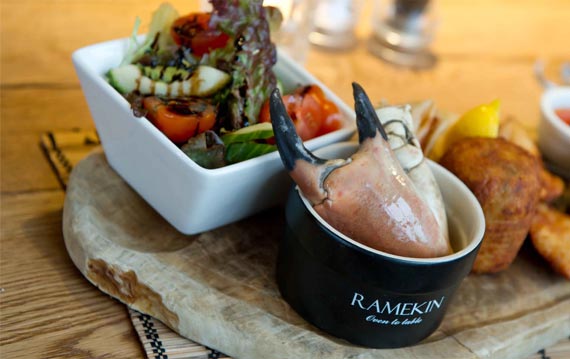 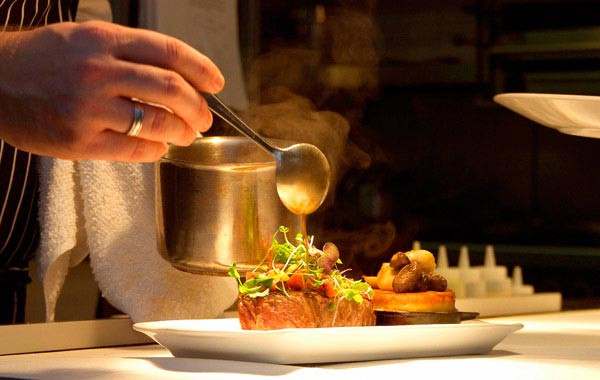 After his apprenticeship he worked in prestigious restaurants around the West End, including Mortons Club, Berkley Square, where he achieved 3 Rosettes and onto Soho’s iconic Lindsay House achieving 3 Rosettes and 1 Michelin Star.

Moving onto his own restaurant “The Yacht Club” at St Katherine’s Dock. Kevin’s food is described as London food in North East portions. Classic dishes with an eclectic twist. After returning to the area with his family he has acted as Consultant Chef to top Outlets in the North East & Yorkshire.

He is looking forward to the challenge of the Award Winning Jolly Fisherman taking its offering to greater heights.

You can be assured of a great pint of real ale at The Jolly Fisherman. Our regular cask beers, Workie Ticket and Black Sheep, stand alongside specially selected monthly guest ales. If real ale isn’t your thing, you can be assured we have a full fine wine menu as well as all the other usual bar favourites. 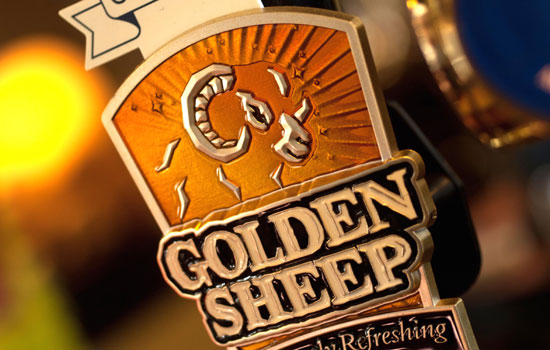 The Jolly Fisherman was established by Charles Archbold in 1847. Over the past 165 years the building has grown in both size and reputation and is popular with locals, coastal ramblers and day-trippers alike.

The family run business are proud to continue and enhance the rich culinary heritage of one of Northumberland’s most iconic destinations, winning many local and national awards for food, service and location.

The picturesque Northumberland fishing harbour of Craster stands a mile and a half from the imposing ruins of Dunstanburgh Castle.

Here at the Jolly, we’d recommend trying a ‘Craster kipper’ at the historic Robson & Sons smoke house; browsing the art at The Mick Oxley Gallery and pitching your tent at the nearby Dunstan Hill campsite.

This beautiful stone fisherman's cottage sleeps four (plus cots). With wonderful views of the harbour it is a perfect base for couples or small families wishing to explore this beautiful stretch of Northumberland coastline. Driftwood is stylishly furnished throughout and boasts a private garden for summertime alfresco dining and a stone fireplace and wood burner for cosy winter evenings.

Luxurious, double fronted, stone fisherman's cottage with beautiful views of the harbour. Stylish contemporary interiors with a coastal flavour, full of country-style chic, all with masses of original features, pretty painted furniture and beautiful soft furnishings. This cottage is well suited to family get-togethers or groups of friends looking to explore the Northumberland coast.

Sling us a line

Reservations are recommended to avoid disappointment

Please also keep up to date on our social media pages. We look forward to seeing you!

Craster is situated on the Northumberland coast, to the North East of Alnwick.

From the A1 take the B1340 before turning right onto Windyside Hill. Follow this road until you reach Craster village.

Craster is a popular destination with coastal walkers. See the AA Guide here for full information.